One of the Best Comments I've Seen

One of my favorite things to do is read the comment threads under the new headlines. Some I find funny, some anger me, some make me shake my head at how stupid we are.

Every once in a while, I see one that is truly great. Here is one I just saw. Quite possibly the best I've ever seen.


"Everyone has an opinion. Most opinions are based on emotion compounded by bias and lack of information. Then of course you always have the dark evil souls that have something hateful to say because they have no other means of expressing their true self." - Timmy Hilliard , Austin, United States

A little bit of my faith in humanity has been restored. I like Timmy's message (as I took it) of before you go drawing conclusions, think about it and find all the actual facts you can. Remove the emotion and knee jerk reactions. And of course, some people are just simply dicks. 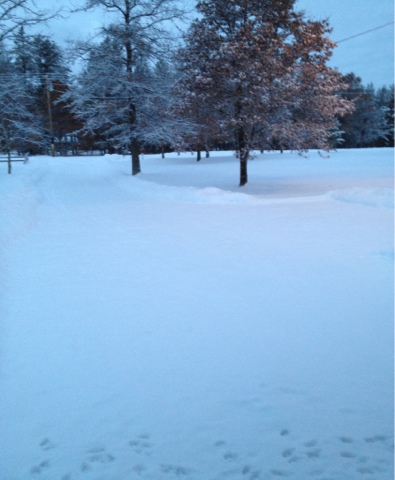 I think you can tell a lot about a person's character and personality by the way they (or don't) clear the snow from their driveway.

Some do nothing and complain about getting stuck in their driveway. Some, while capable, will rely on someone else to clear it for them. Some will clear just enough to get by. Some will make sure to clear enough to turn around, have a place for visitors to park and wide enough for a fire truck. Some will clear their neighbor's driveway first, and refuse payment. 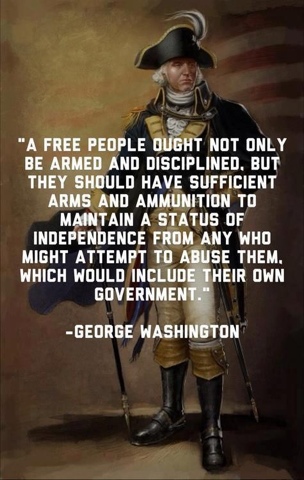 I've seen the above imaged shared and liked on Facebook many times now and I really like this one because of one word. Disciplined.

Any idiot can have a gun. Sadly, far too many do. While the ability to arm yourself is your right, that right comes with a huge responsibility. Discipline.

If you choose to exercise your right to bear arms, don't just buy a gun and stick it in a closet or nightstand drawer to be used if needed. Practice with it often. Know it inside and out. Store it safely. Carry it safely. Use it correctly.

Being a responsible firearms owner will help defeat the gun control arguments, and defend your right to bear arms.

Possibly another example of what I call "The Teeball Effect."

People are being brought up being told everybody wins and everyone can be what they want to be. But, sometimes they are not being told that life isn't fair and you have to work hard to reach your goals.

If this student worked harder and got an A, she wouldn't be suing to just get by.
Posted by Shane Lien at 2/12/2013 No comments:

President Obama. Firearms salesman of the year decade.
Posted by Shane Lien at 2/12/2013 No comments:

Thank you, Senator Feinstein. You have brought something to my attention that I have been neglecting. Years ago I used to be more focused on the subject of gun control, but my attention was slowly diverted.

But largely due to your recent actions, I have found my focus. I have found my drive and I am once again determined for the cause. You have reopened my eyes to the world around me and what is important. 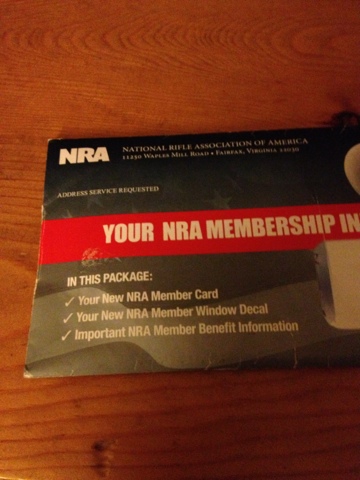 No Such Thing As A Lazy Dog

I remember years ago the Old Man said "there is no such thing as a lazy dog, they're just dogs with lazy owners."

While they weren't directed at me, those words still help make sure Buckshot and I get our walks in as often as we can. 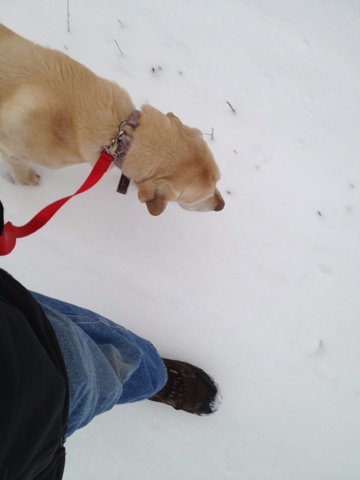 So only the police should be allowed to have firearms, because only they are well trained and responsible enough to use them? I'm not knocking anyone in law enforcement and I do not know all the details, but this looks like the officers involved did not follow one of Col. Jeff Cooper's basic gun laws: know your target.


From the LA Times

This is pretty refreshing trend I'm seeing. Many Police Chiefs, Sheriffs and other law enforcement professional and organizations across the country are saying firearms are not the problem.  In fact, the other week the sheriff of the neighboring Pine County, MN stated he will not enforce stricter gun control laws if he finds they infringe on the 2nd Amendment.

This really should be telling us something. When the police flat out tell us that stricter gun control laws will do know good. They no better and anyone: criminals who don't follow the laws now, won't follow new laws.

Why Are Black "Leaders" Anti Gun ?

I've seen this guy's videos shared on Facebook. Because of this one, I've subscribed to his YouTube channel. Probably the most profound, powerful and well spoken argument for gun rights I've heard.
Posted by Shane Lien at 2/02/2013 No comments:

Getting Ready For a Hockey Game


One of the biggest influences on me has been my Uncle. He is a major reason I am the person I am, because when I was little (and still today) I wanted to be just like him. So you can thank or blame him for me being me.

My uncle and I are closer in age to each other than my uncle and dad. So in this small town, a lot of people think we are brothers. In a way, it's true. I've always thought of him as my cool big brother. I've always wanted to spend time with him. My whole life he has been one of the smartest, kindest, funniest people I know. We share the same taste in music. We share the love of the outdoors and the passion for hockey.

As the above picture shows, he's been involved in the sport for a long time. He was one of the first kids to play organized hockey in my small town. As the picture below shows, after playing, he coached  my team and others for years. When his two daughter, who mean the world to him, started to play he coached them as well.

Not only did he coach his daughters, he was driving force to organized an all girls program. Back when I played a handful of girls would play on the boys team. Now, largely due to my uncle, there is a whole program in the area for girls hockey. I tell you, it's really cool to watch hockey players battle it out on the ice with pony tails hanging out of the helmets.

My uncle's coaching career tapered off a few years ago when he was diagnosed and started his battle with cancer. The treatments and medications made him weak and unable to handle the cold very well. But that did not side line him altogether. He still went to all the games keeping stats and gave advice and guidance to the girls.

This year, as the cancer progressed, he went from wobbling slowing to the seats under his own power, to needing to be pushed in on a wheelchair. Now he's in hospice care at home.

I go to the games and send him a text when someone scores and my aunt video tapes the games so he can watch them the next day.

I don't need to go into the details about the fight with cancer. I'm sure plenty of you have had to deal with it in your own life with friends, loved ones, or yourself. But my uncle's fight as made me admire him all the more. Seeing him in so much pain, so weak and unable to move; and he is still smiling, still joking around.

When asked how he is, the answer has always been "great!" Even when he has to have a catheter to relieve himself and is confined to a hospital bed most of the day. Or for those few minutes he has the strength to get around, he has to shuffle with a walker. He gets around like if he was 98, not 48.

Today is a big day. The Cousin has a big game this afternoon. Her team is on a roll and playoffs are in their future. A win today could mean a first round bye and home ice for the second round. It's also parent's day. The game when the parents walk out on the ice with the girls and are introduced before the game. Since the Cousin is a senior, it's her last chance to walk out on the ice with your mom and dad. A dad that means the world to her (also the other way around) and is pretty much stuck at home.

I say pretty much. We have a plan. A friend has got a hold of a handicap accessible van and we got permission from the hospice nurse to load my uncle up and take him to the game. For weeks now, he has been trying to build up his strength. Today we will see how it goes. We have a group getting ready to make this move happen.

Right before I started typing this, the Aunt sent the "support team" this text message:

"<The Uncle> woke up this morning and said 'is today the day I get to go to hockey?'. I said yes and he started to cry, then said thank you! So thank you everyone for making this happen. We are lucky to have such a wonderful family and friends."

I'm lucky one. I'm the one who has been blessed with such an inspiring uncle to idolize, and an amazing family that goes along with him. Plus some incredible friends I'm lucky enough to share.

UPDATE:
Today was awesome! The move to and from the rink went flawless with the help of some great friends and a fantastic volunteer driver. The lady's won their game in convincing fashion. And the Cousin had a pretty goal.

When the rink announcer read the Cousin's bio, his voice broke a few times. There wasn't too many dry eyes on the ice or in the stands either. Although nothing was mentioned about his illness, this small tight net town and surrounding area know all too well. Even some of the fans for the other team were noticeably moved. They didn't need to be a rocket scientists to figure out why there were tears, and they joined in with the cheers after the Cousin's bio was read.

I would like to thank my dear friends and family who helped put this together. Especially the guy who arranged for the van and put this all together. You mentioned "it felt great to do something for a good friend today." You Sir, did more than that. You did something amazingly awesome for a whole family and group of outstanding friends, who will never forget it. Thank you so much!

Payoff Your Christmas Bill Yet?


So it's the first day of February. Where's that credit card tab at? Did you get the bill from December a few weeks ago and said something like "wow Christmas was expensive this year" and made the minimum payment with the intention of paying it of in February.

You know you won't pay it off in February either, right?

Look at your last credit card statement and subtract $900 from it. That should take the sting out of Christmas shopping, if you can keep your hands off the stash until December.
Posted by Shane Lien at 2/01/2013 1 comment: