Random Thought on the Way to Work 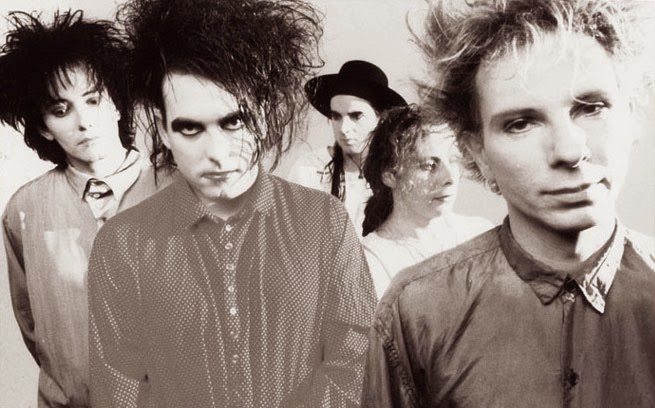 On the way into work this morning, as song from The Cure came on the radio. I can’t remember the name of it, but it was that melancholy sounding one with the mildly depressing tone.


For whatever reason it reminded me of a time many years ago, back when The Cure was popular. A bunch of us where at Valley Fair, an area amusement park. We were walking around the midway part of the park, playing an occasional game trying to win an overpriced stuffed animal or something. Overall just enjoying a nice summer day.


As we worked our way through the midway area, we walked past another group of college aged kids. One must have been a big fan of The Cure. Dressed in black and chains, wearing more hairspray and eye liners than the girls in his group. And to top it off he looked both depressed and annoyed at the same time. As if he not only wasn’t having fun, but he was getting pissed at all the people around him enjoying themselves.


I wonder what ever happened to him? He is in some cubical in the Twins Cities Metro Area still dressed for a punk funeral, or did he ever cheer up? Chances are, he’s another aging hipster and still putting an effort into looking angry and annoyed.

America is not the greatest nation in the world anymore. And a lot of us are complete idiots who think we're smart.


The above clip from the HBO show The Newsroom shows up quite regularly on my Facebook feed. It is often shared by some of my more Libertarian friends and I enjoy watching it every time. I feel the video hits the nail squarely on the head. America is not the greatest country in the world and it's been going downhill for generations now. Sadly, the proof of this can often be found in the comments when someone posts this video clip.

For example today a friend of mine share this video clip on Facebook. One of his friends commented "This makes a good point, but it's obviously scripted. It's too convenient that the cameras caught all the people's reactions at just the right time. The debate is a fake."

Really? Smart enough to sniff out a fake debate, yet can't comprehend that it's either part of a movie or TV show? The fact that Jeff Daniels is the guy doing the majority of the talking wasn't a clue either?

We've peaked. America is not the greatest nation in the world anymore. And a lot of us are complete idiots who think we're smart. 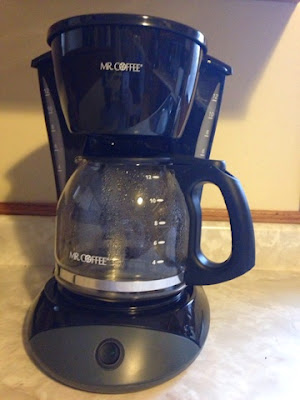 While I've been doing okay, I now need to get back in tight control of the checkbook. A tank of gas will no longer last me a week. And with the drive, I had to upgrade my ride a little before I wanted to. Now there is a car payment thrown into consideration.

The other weekend I was out doing the weekly shopping and knocking a few items of the Christmas gift list. I found myself in the coffee maker aisle of an area big box home improvement store. My old coffee maker was on its last leg and it was past time to replace it. And a sleek looking stainless steel number had my full attention.

Tons of features and tons of options. Timers, brew strength settings, self cleaning mood, brews a twelve cup pot like grandpa used to do, or a single cup using those little flavored plastic cup thingies. As I was trying to justify the price tag of the coffee maker to myself, I was already accessory shopping for it. They conveniently had a matching stainless steel organizer for the little flavored plastic cup thingies.

As I was replacing and accessorizing half my kitchen in my head, a nagging little item wiggled it's way back into my head. My budget. And my budget had no room in it for a decked out coffee maker. I stood up to my inner child and told it no. The excel spreadsheet I made to get control of my budget clearly pointed out that a $100 coffee maker is not happening.

I reminded myself that I don't need a button to adjust the brew strength, I can just put in more or less coffee. And since I make it the same every time, why would I need that setting for anyway?

I told my inner child that since I rarely drink coffee in any other flavor than coffee, so the why bother with the little flavored plastic thingies and the sleek stainless steel organizer they would require. Sure a custom single serving of coffee flavored to their choice my impress a guest. But if I'm already making the coffee, there is most likely no need for me to do anything to impress them in the first place.

Thank you for taking the time to read this. If you enjoyed this post, please share it with your friends.
Posted by Shane Lien at 12/23/2014 No comments:

It's that time of year. When people reflect on themselves and make plans and promises for self improvement. A majority are caught up in the "it's the end of the year and I've accomplished nothing" mindset. A few are getting a early start on getting the financials together for taxes, and wonder why they are broke. Personally for me, it's a time to start making some changes because I went to put up my Christmas tree.

I keep my fake tree in a box that spends about 11 months out of the year in the back of the guest bedroom closet. It took me about 10 minutes to move plastic totes out of the way to clear a path to the closet. That's when it became clear to me that I need to purge.

While my work areas at the day job and my home office are kept clutter free and streamlined for efficiency, my guest bedroom is quite the opposite. In fact, for a guy who prides himself in keeping things clutter free, my guest bedroom an embarrassing thing I do my best to ignore that takes up the southwest corner of my home.

Even me calling it "the guest bedroom" is a lie. In the thirteen years I've lived in my house, I've yet have had a guest bed down in my guest bedroom. Over the years it has basically become a big ass closet with a closet inside it that I keep a fake Christmas tree in for about 11 months a year. On top of what might be a bed, is a pile of clothes, camping & hunting gear, and who knows what else. The rest of the floor is cover with plastic totes, books, a bunch what can only be labeled as "stuff." Half of the "stuff" I'm not even sure is even mine, let alone what it's for.

Now that I'm getting into the mood and have momentum on my side, I'm going to keep this purge going. While the home office is in decent shape, it could use a little purging too. Old files, notes, papers and other documents will be scanned & tossed, or maybe just tossed in some cases. The computers could use a digital purging & reorganizing too.

Jealous? Of what, doing something? Anyone can do that.


A few months ago I left my position at a small defense manufacturer to return to working for a medium size medical device manufacturer. Something I probably should have done years ago, but I kept hoping that the ownership of the defense manufacturer would wake up and realize how poorly they were allowing their investment to be ran.

I started wondering if my previous employer was serious when they told me "if you ever want to come back, we'll have a position for you." Long story short, I went back to where I most likely should not have left I the first place. Now I'm happy again, working at a profitable company that has its act together. But I'm still left shaking my head at something that keeps happening of late.

I keep getting messages from former coworkers congratulating me on leaving. They tell me I'm "lucky" and they wish they could "get out" of the company that is creeping closer and closer to shutting down. It's a weird thing. They make it sound like there's a barbed wire topped fence around the place with armed guards keeping them in the prison they are forced to work at.

But there is no fence. There are no guards. They are keeping themselves in the prison of their work and I don't understand why. The overall moral at the company has been lower than any place I've worked for years now. It is an at will employer. No one is bound to the company or a slave to a union with contracts or the threat of losing their pension. They can walk away at any time.

Most people who remain at this company hate their job, have no convenience in the leadership and are smart enough to see the company's health is on life support. They know the company can not compete with its competition; they know the equipment is worn out, obsolete and there are no plans or money for replacing it. They know the banks forced the owners to sell off the only division of the company that has been profitable in the last four or five years to pay down their debt. They know all these things, but do not know how to leave.

The only explanation I have for this is it's just human nature to fear change and to stick with what's familiar to you, "the devil you know" type of logic. It truly bums me out when I see smart, skilled people who should be happy doing what they do for a living, settle for being a prisoner in a self made work house based on fear of the unknown.

Thank you for taking the time to read this. If you enjoyed this post, please share it with your friends.