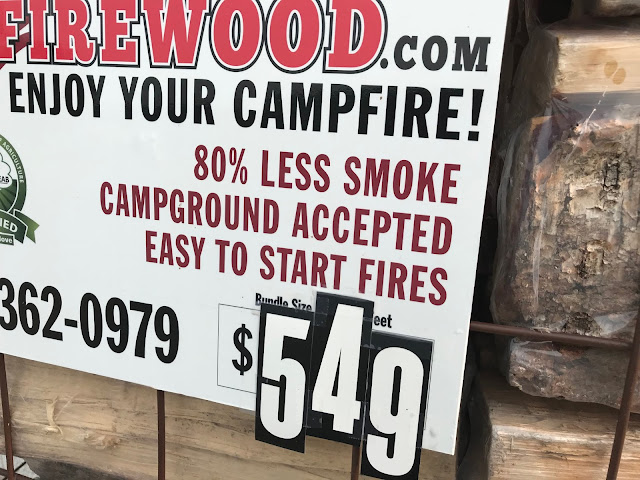 Saw this sign in front of a local gas station that made me stop and take a second look. It's a sign for pre-bundled firewood.

What caught my eye was the line "80% LESS SMOKE." That sounds good, don't it? 80% less smoke blowing in your face at your next campfire. 80% better for the environment, 80% less stink in your clothes, 80% less moving your camp chair to get out of the way of the smoke.

Who wouldn't like 80% less smoke? Sounds like a great deal, better buy a bundle or two! We better buy some, right?

Well, maybe. Maybe not. One needs to stop and ask a question. 80% of what?

The answer that pops into people's head is "80% less smoke, of course" but we need to ask compared to what?


With out a clear definition of WHAT, percentages are a pretty useless and often misleading thing to use in advertisements, or memes, or any other statement of fact.