The U.S. Constitution, Void Where Prohibited 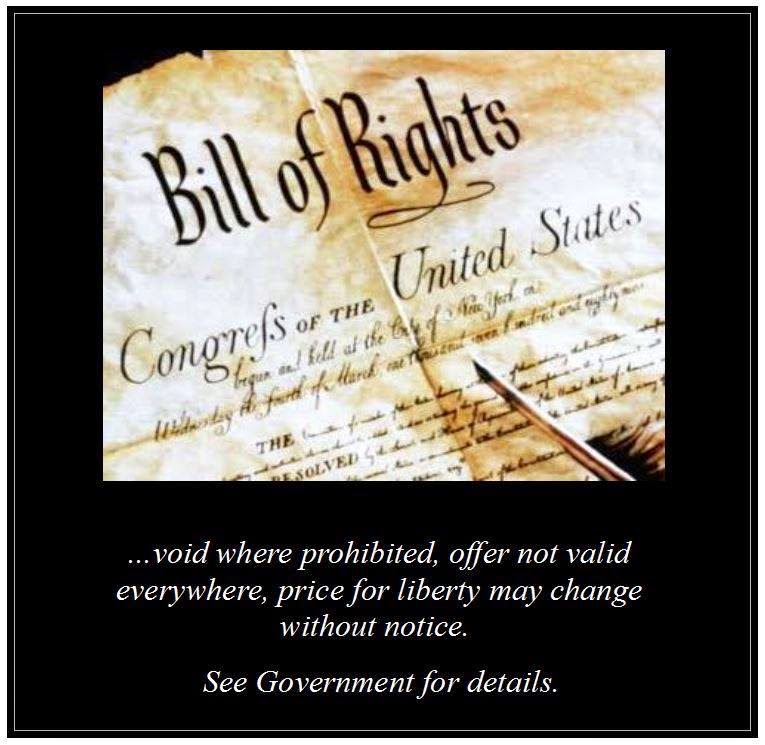 While I rarely waste my time debating strangers online about anything, but especially religion and politics; I make a point to steer completely clear from people who say things like "that can't happen, it's against the Constitution."

Of course you see the "you have nothing to worry about, it's a against the Constitution for a host of other debates besides the 2nd Amendment. It like people think the Constitution is some magical, supernatural object. They act like if a tyrannical government or rouge military force attempted to violate it, their faces would melt like the Nazis in Raiders or the Lost Ark.

But that's not the case. As great as it is, the Constitution is just paper and words. Words that can easily be ignored or rebuked by any power that has the capabilities to back up their actions by convincing words, or brute force.

Thank you for taking the time to read this. If you enjoyed this post, please share it with your friends.
Posted by Shane Lien at 9/29/2014