Moving to Canada Are You? Say Hi to Randy for Me....

With over a year to go to the next Presidential Elections, I already have friends from both the extreme ends of the political aisle threatening to move to Canada if the current candidate they dislike the most wins the Presidency.

I guess I will be that friend who will say what everyone else is thinking right now:
No, no you won't. You'll get better results if you hold your breathe until they drop out of the race. If you do that, you might pass out and when you awake, you just might realize how childish your being and decide to act like an adult.

Every election cycle it seems some Hollywood actor, celebrity  or semi celebrity makes the same claim, makes the news for two days, then never follows through. In fact the only people like that who've actually moved to Canada are Randy Quaid and his wife, and that just because they're batshit crazy. 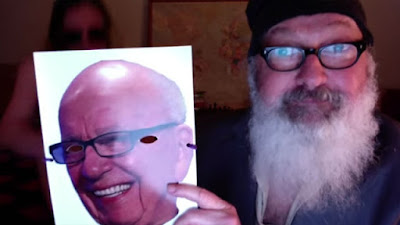 So to everyone who's claiming they'll move to Canada if the candidate or even anyone from the political party you despise wins the election: are you as crazy as Randy Quaid, or will you please start acting like an adult?
Posted by Shane Lien at 8/22/2015