The White House not the Blue House

The other day was Law Enforcement Appreciation Day. And in a way to honor out men and women in blue, buildings other structures were lit up in blue. I'm not sure where, when or why this trend started, but it seems more and more common to light sky scrappers, bridges and government buildings in one color or another for some reason or another. 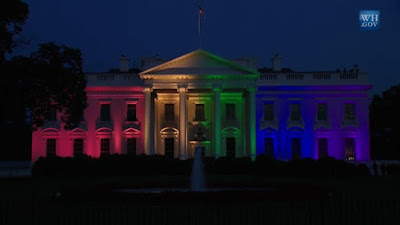 The White House was lit up like a rainbow flag a while back. There was criticism over that too. Much of it was by the same people who are criticizing about the White House not being blue as few nights ago.