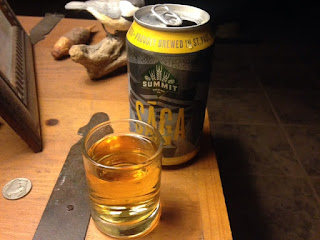 Last Thursday was a big day for me at work. After roughly fours years in development, one of the most troublesome molds I ever had to deal with was finally ready for PQ (Performance Qualification) the final step before the mold is production ready.

The mold is ran at a different facility that I normally work at and there was some concern about the tool passing PQ without some grunt work upfront and some additional support at start up.

So I spent the day working out of a conference room at the other plant. I was at the press first thing in the morning. I was present during setup. Once the tool was running, I was out at the press every 20 minutes or so to check in with the Operator. I checked in with the Quality Lab to see how the in process inspections were looking. I stay a good forty five minutes past my normal quitting time to make sure things would be handed off at shift change.

At the end of the day, there was no need for me to be there at all. The first of three PQ runs went off without a hitch. I even made a celebratory post to Facebook to friends and family that I was having a celebratory "bump and a beer" to cap off the milestone.
Then I went to work on Friday.

Mid morning I got an email from a production manager at the other plant to inform me that the PQ was stopped due to a problem with the automation. A 6 axis robot with a custom fixture on the end is used to pick the molded part from the mold and place it on a conveyor belt. This was not working properly. No big deal, automation could fix that and we'll be off and running.

The rest of the day I had no news, and no news is good news. Until the end of the day the Quality Engineer for the project informed me that the second of three PQ runs was stopped because the parts didn't pass cosmetically and they were not able to make adjustments at the press to correct this.

Sorry if this post is dry and boring due to too much technical jargon. To translate the engineering talk into English: I thought a pain in the ass project at work that's been going on for four years and has caused several people to quit their job at where I work was completed. I prematurely celebrated a victory. Now I am back to not being close to done.